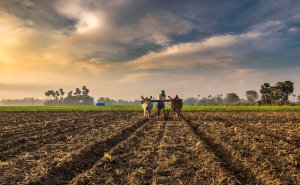 Where would you rather live!?

Ancient India is a more suitable place to live compared to ancient Egypt, because they have fertile lands and created a way to plant crops year-round, while Egypt is stuck with sandstorms and droughts.

For example, India’s many fertile lands are located by the Indus and Ganges rivers. They carry sediment down from either the Hindu Kush Mountains or the Himalaya Mountains, creating rich soil that is perfect for farming. Even, by the Indus river, the most fertile lands. They can also help with trade if they flow into the ocean.

Another example is that India found a way to plant crops in the winter because climate permits. As said in paragraph 2 of “Rice Farming in India”, “complex multi- cropping strategies across both seasons”. This shows that they would plant wheat, barley, and pulses in the winter and rice, millets, and beans in the summer. This provides an item to trade and eat all year. It also helps the economy to have more resources and food, so India has value when it comes to trade.

Egypt on the other hand is always sandstorms and droughts, that wipes out a lot of crops and resources. Who would want to live in an area where there’s not enough good, rich soil to plant a lot of crops and cattle that is constantly dying? However, India is better because they have a natural burrier that isn’t a desert, which prevents sandstorms. India also has many great water sources spread throughout it, instead of relying on just one river, to prevent droughts.

In conclusion, because of its fertile lands and multi- cropping ancient India is a better place to live than ancient Egypt. It’s not perfect, but it doesn’t get stuck in a lot of sandstorms and droughts, like ancient Egypt is.